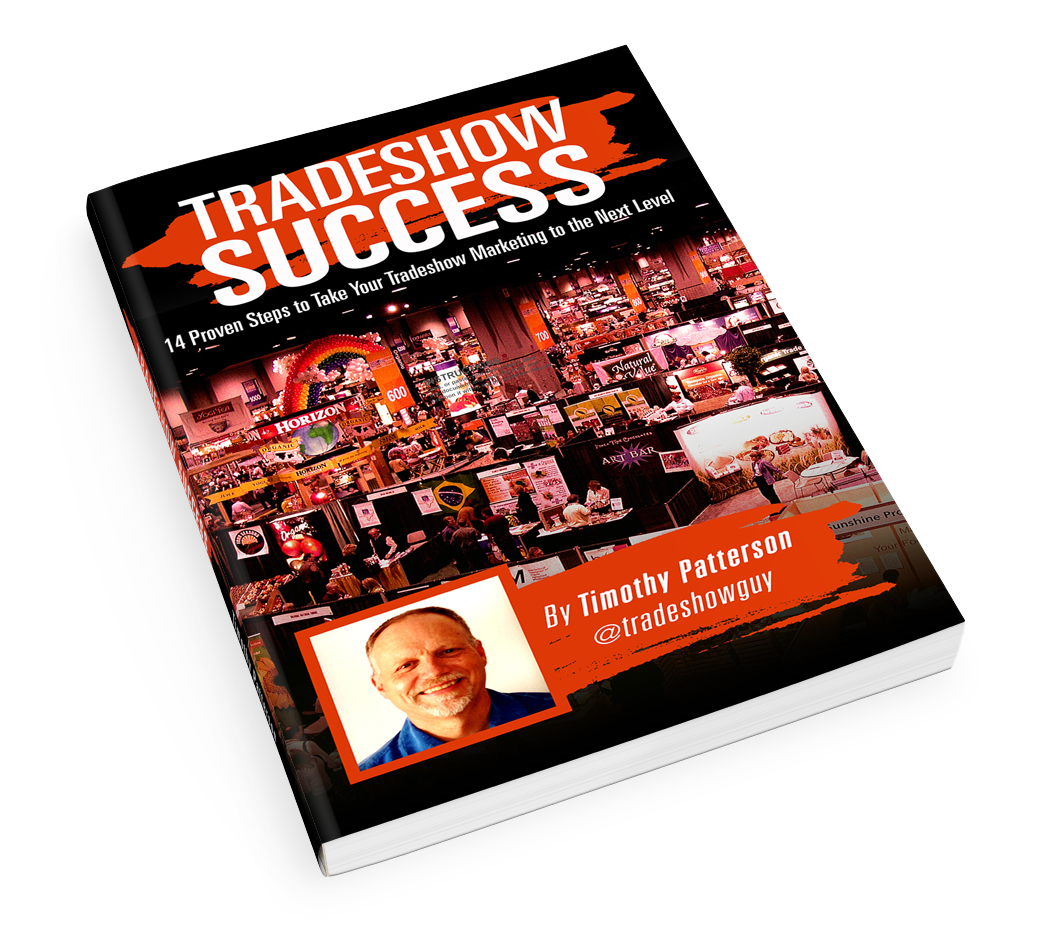 I’ve had the idea to write and publish a book for years. In fact, back in 2010 and 2011 I wrote about 2/3 of a book on social media event marketing. But beyond publishing a short version of that to hand out at Expo West in early 2014, it’s only available in a digital version as part of the Tradeshow Exhibitor Toolkit.

It’s out and it’s called ‘Tradeshow Success: 14 Proven Steps to Take Your Tradeshow Marketing to the Next Level. I had an agent who was very interested in the concept about a year ago, but he had some personal issues that prevented him from working with the manuscript, so I’ve taken it upon myself to publish the book this fall via my own imprint, Oregon Blue Rock, LLC.

Why publish a book? There are number of reasons, but the main one is I’ve always wanted to write it. Beyond that, I want to have something I can give a potential client, or someone that’s interested in booking me for a presentation.

I’ve discovered that writing and publishing a book isn’t easy…but it’s not all that hard, either. I got a lot of inspiration from folks such as Scott Ginsberg, the Nametag Guy, who has published nearly 30 books, released a album (or two), and has a film out. Damn, that youngster is busy. But it’s great, too, because through him and others like him I can see the value of pushing forward, getting things done, learning how to do those things you’re unsure of, and making stuff happen.

Pick up your copy on Amazon or grab a free digital copy here.

How to Know When It’s Time for a New Booth

Your tradeshow booth may be getting a little long in the tooth. But how do you really know if it's time to invest in a new booth - or if it's more advisable to wait another year or two and simply upgrade your current exhibit property?

How to Choose an Exhibit House

Looking for a new custom tradeshow exhibit, but don't know how to best choose an exhibit house that fits your marketing team and company to a T?

How to Sell the Boss on a New Booth Project

As the tradeshow marketing manager, you may recognize the need for a new tradeshow booth. But how do you convince the boss that it's really time - and that you can really afford it?

If you're looking to connect with a new tradeshow exhibit house, it's likely that you're falling short by not asking these seven questions.

How to Issue an RFP for a Booth Project

Sometimes you'll want to get a little more formal in your quest for a new booth and you'll decide to issue a Request for Proposal (RFP). This is a great idea - but there are certain guidelines you would be advised to follow.